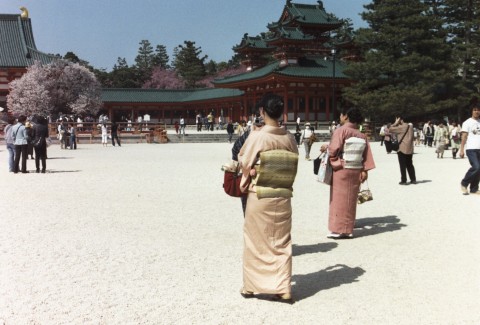 Heian Shrine, known for its gardens and pools, was packed with visitors. Supposedly if you make it across the stepping stones in the pools, you will find your perfect mate! 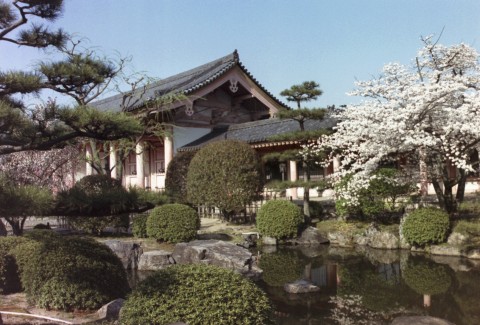 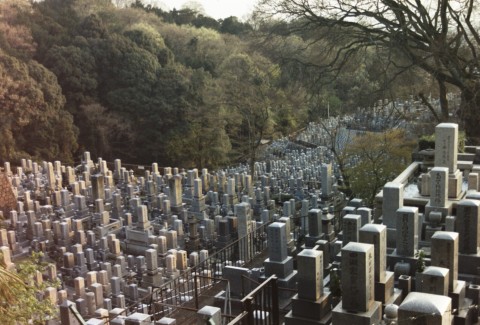 In the same compound as Sanju-Sangendo Hall, there were other temples and shrines.The hall itself is a long wooden hall of 1,001 statues of Kannon surrounding a huge Buddha. The cemetery on the left sat off the hill from Kiyomizu Temple 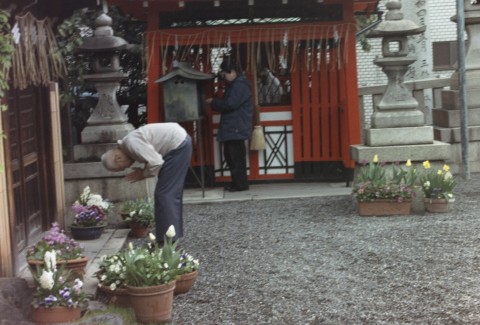 There are over 1500 shrines and 600 temples in Kyoto, so there literally is one on every corner. Followers could be seen regularly worshipping at their various altars, ringing bells, throwing or drinking holy water, and lighting candles. 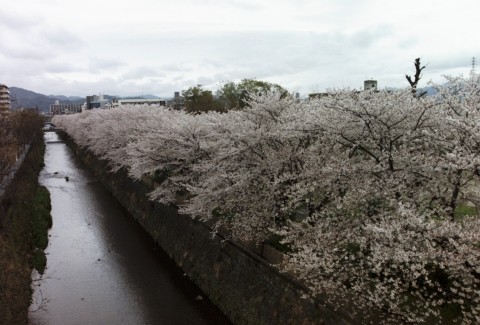 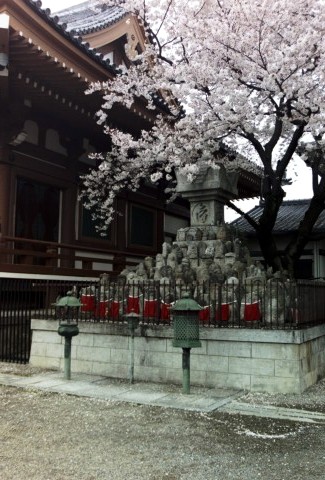 The pictures don't do the cherry blossoms justice as they were blooming every where up and down the river and canals, and all throughout the city. Many of the shrines had hundreds of small idols to other gods surrounding a larger Buddha figure. 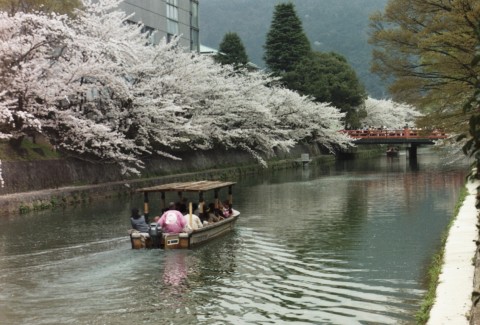 You could even take a canal boat ride through the cherry blossoms! 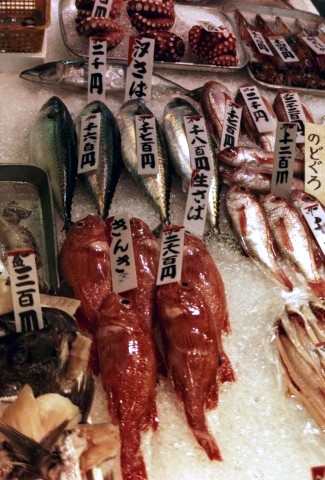 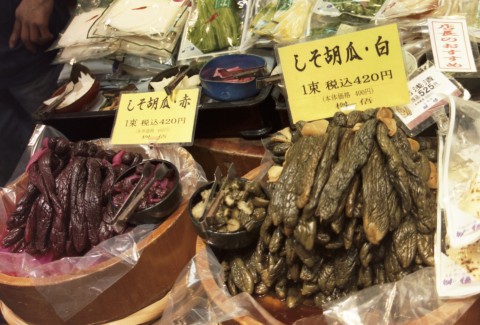 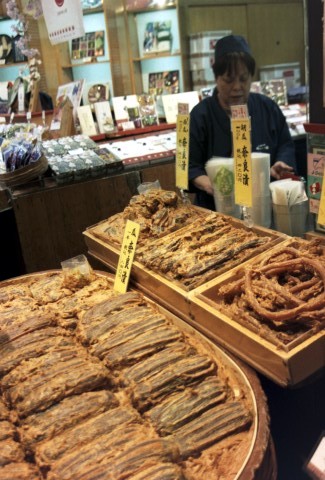 No visit is complete without a  look at the interesting food that is available. A treat for this time of year in the middle are some kind of pickles, while I couldn't tell you what this coated item is on the right; I looked at it a long time too and couldn't determine if it was fish or vegetable! 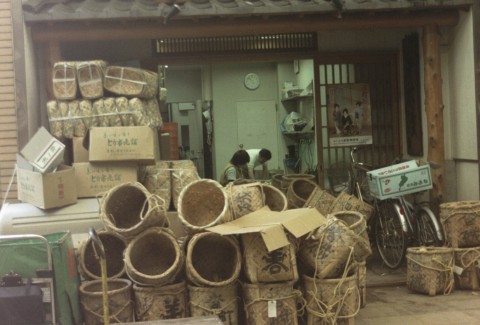 I just liked this picture of a market front where they were sorting the goods brought in from the market. The baskets were at a lot of the stores, so apparently a common way to carry goods. 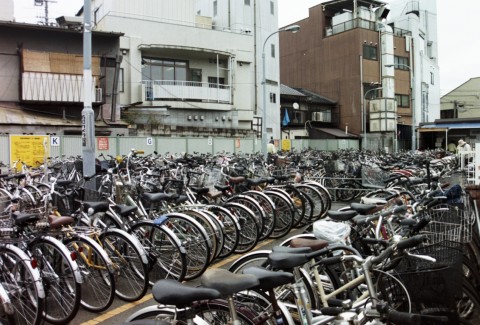 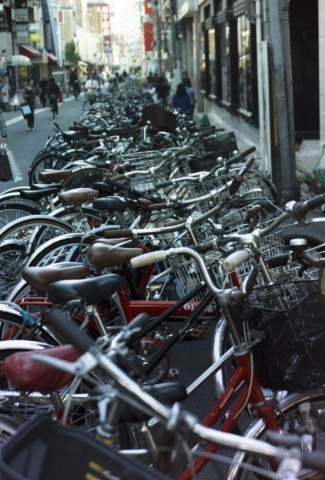 Once again, the pictures don't do justice to the number of bicycles there really was. This is a bike parking lot on the left and just a row of bikes after bike on one of the side streets. 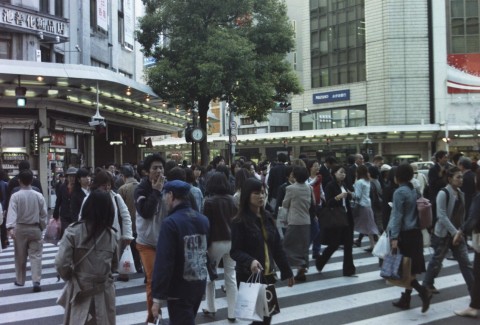 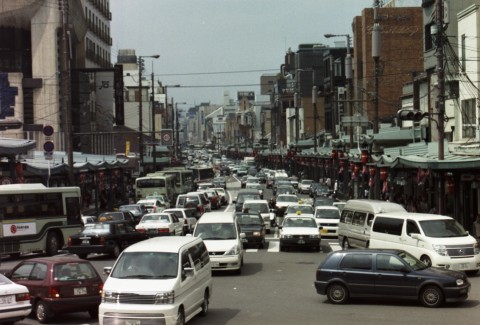 Kyoto is supposed to be a traditional Japanese town, but that apparently doesn't mean it isn't packed with people and traffic! There were a lot of visitors in town though for it was a big tourist season time. 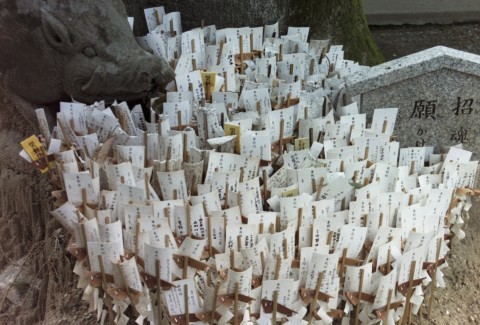 Every shrine/temple seemed to have a patron god, but I don't know the significance. This one was the boar, maybe after the animals in the yearly calendars. Each of the papers is a prayer or request to the particular god at that temple. 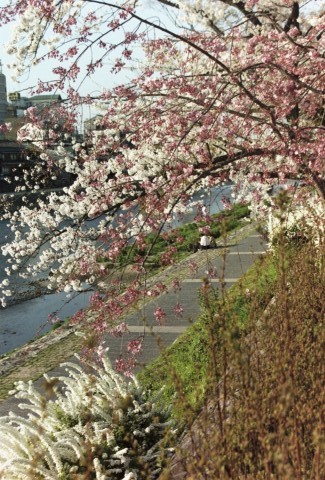 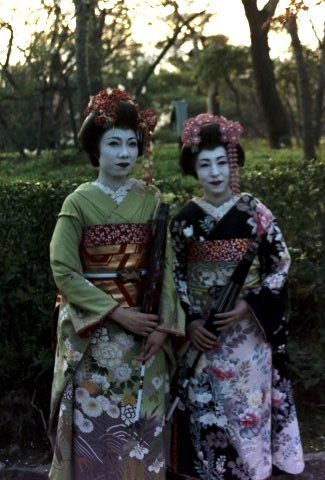 The geisha aren't real, but they look pretty anyway!
You can dress up and play geisha for the day for about $150.
The riverwalk is pretty though. 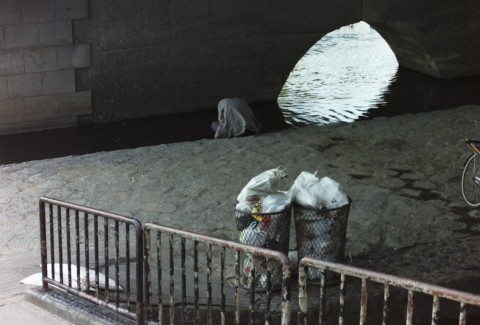 Just so you don't forget, there is poverty and people
in need everywhere, and here was no different. 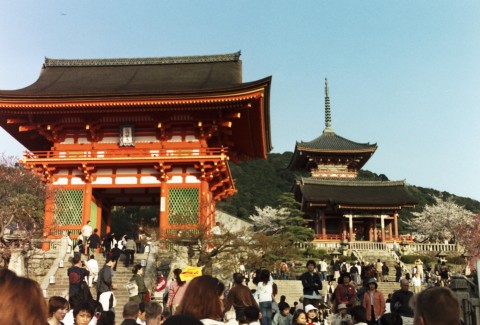 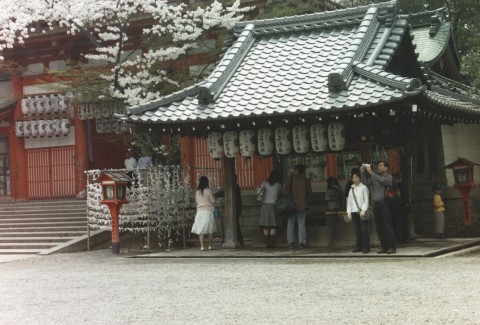 The temple on the left is Kiyomizu Temple, way at the top of a long narrow street full of vendors. It has a great view out across the valley dotted with cherry blossom trees. The right picture is a fountain inside Heian Shrine where people are drinking holy water and tieing request on the frame on the left. 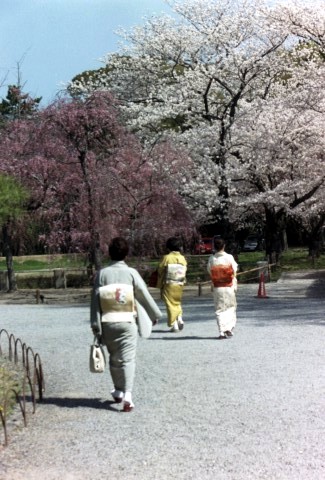 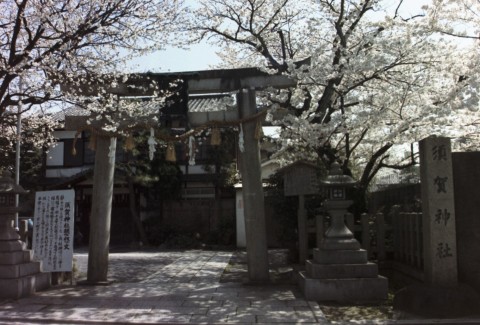 Just a shot of some traditional Japanese ladies headed to a ceremony in the park and another shrine on the corner. I found that if you used them to remind yourself to say a prayer to God every time you passed one, or to thank Him for something, you were pretty much praying without ceasing all day!

I have lots more pictures, but just wanted to put up a few to give you an idea of what it was like!